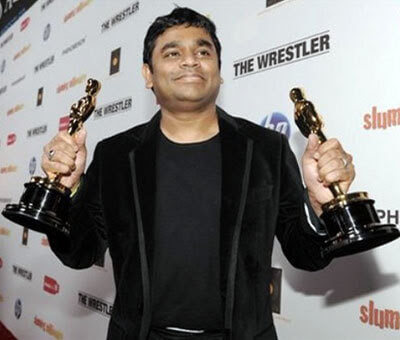 
UPDATE: This show has been canceled due an accident that occurred with set collapsing in Detroit. This show will be rescheduled. Fortunately no one was hurt in the accident.

A.R. Rahman is one of India's most popular and epic film composers. The Oscar winning movie Slumdog Millionaire turned American pop culture, at least mainstream pop culture, onto Rahman in a major way. This Saturday, Rahman graces the stage of the Oakland Coliseum with the Jai Ho: the Journey Home World Tour.

The show promises to be quite a show of Bollywood enthusiasm featuring changing sets, large images on LED screens and a spectacular cast of musicians and dancers from across the globe including Hariharan, Javed Ali, Benny Dayal, Blaaze, Shweta Pandit and Neeti Muhan. "Through the concerts," says the AP, "Rahman is attempting something many performers from outside the English-speaking world have tried and failed to do: transcend a regional, ethnic niche and become an international mainstream superstar."

I first fell in love with Rahman's music when I saw my first Bollywood Film, the Oscar nominated 2001 film, Lagaan . The music and the story remain my favorite (see "Mitwa" below). When the movie Slumdog Millionaire started to gain popularity...

My fav, "Mitwa" from Lagaan:

In the clip below, Bhuvan (the fabulous Aamir Kahn) and his friend Gauri, must convince their friends and fellow villagers in 19th century colonial India that while the task of beating the English colonialists, the earth and the sky belong to them and are worth fighting for.


Listen, O my friend,
What is this fear you have?

The earth is ours
And so is the sky.