Thanks to Jessica for sending this onto me. I felt the need to repost.


artists need to make money to eat and to continue to make art.

artists used to rely on middlemen to collect their money on their behalf, thereby rendering themselves innocent of cash-handling in the public eye.

artists will now be coming straight to you (yes YOU, you who want their music, their films, their books) for their paychecks. please welcome them. please help them. please do not make them feel badly about asking you directly for money.

dead serious: this is the way shit is going to work from now on and it will work best if we all embrace it and don’t fight it.

This is why I've been waiting to buy CDs from artists until I see them live. There is no middle man, and often you can get the CD cheaper than if you bought it at the store. The money goes straight to the artist. And call me old-fashioned, but I like having an actual CD to listen to instead of purchasing from itunes.

Palmer also goes onto say (and I love this):

feel ok about giving your money directly to paul mccartney. he may be rich, but he still rocks. show you care.

feel ok about giving it to fucking lady gaga if you’ve been guiltily downloading her dance tracks for free. rejoice in the fact that you are directly responsible for several threads in her new spandex spacesuit.

R.I.P. Ellie Greenwich: a pioneer of women in the music industry 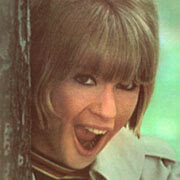 It seems like famous people are dropping like flies lately. But there is one person's life that I'd like particularly like to celebrate: that of Ellie Greenwich, songwriter of such hits as "Chapel of Love," "Da Do Ron Ron," "Be My Baby" "Leader of the Pack," "River Deep - Mountain High" and dozens more. Greenwich was part of the songwriting hit machine in the Brill Building in New York City.

At a very young age, Greenwich and Carole King blazed a path for women in the music industry at that time dominated by men. Women hadn't really been on the creative production side of the music industry at that point, with few exceptions they had been mostly singers or administrative types. Greenwich found great success as a songwriter and partnered with her husband Jeff Barry. Greenwich and Barry wrote songs for the popular girl groups of the early '60s like the The Ronettes, The Crystals and The Shangri-Las. In an interview with NPR, Greenwich reflected on being a woman and working in the production side of the music industry,


It wasn't that accepted back then, a female being in that end of the business.

She even had a little bit of difficulty working with other female artists;


At first it was like, 'Well, who does she think she is, giving us orders here or telling us what to do?' But on the other end, if you were very open to them, they saw you could be their friend, and then it became an asset to be a woman dealing with girl groups.


Ellie Greenwich gave us dozens of hit songs, like silly bubble gum pop with nonsensical choruses, and some with heart felt meaning. Let's remember her as she held her own against the British Invasion and paved the way for women who wanted to have a creative role in the music industry.

Ellie Greenwich died Wednesday August 24th of a heart attack in New York City at the age of 68.

This is my favorite Ellie Greenwich not-so-famous tune: "Maybe I Know" performed by Lesley Gore (I fell in love with this tune when my junior high performed the musical "Leader of the Pack" based on the music of Ellie Greenwich):

And just for fun, this is the same tune performed by They Might be Giants.

Read more about Ellie Greenwich and watch more videos here at Pitchfork.
Posted by Jamie: at 8/26/2009 No comments:

Rebuttal No. 2: World popularity: Beatle songs have been done on panpipes ... have MJ's?

When we posted the original link to Jamie Freedman's question about whether Michael Jackson was more popular than the Beatles or Elvis Presley, and then our rebuttal, we didn't anticipate the vigrous debate it would stir up in the comment sections of the two posts.

She has posted a second rebuttal, basically saying that while the Beatles were popular in many parts of the world, in some parts, such as Third World nations, Michael Jackson was more well known.

Here's a good question: How many cover albums of Michael Jackson songs are out there? A quick search on Amazon.com for "Michael Jackson tribute" brings up less than 10. Search for "Beatles tribute" and you come up with 156. And those are the ones still in print.

And the styles on Beatle cover albums available range from symphonic to reggae to bossa nova to bluegrass to acapella to soul to blues to classical guitar to jazz to pan pipes and even to church pipe organ. Given that range of styles, would you say the Beatles weren't known everywhere and much more so?

As Jamie said, she respects the Beatles and we, in turn, respect Michael Jackson and wish his family the best. .

But there will never be anything like the Beatles. Michael Jackson was certainly a dynamic talent to be reckoned with, no question. 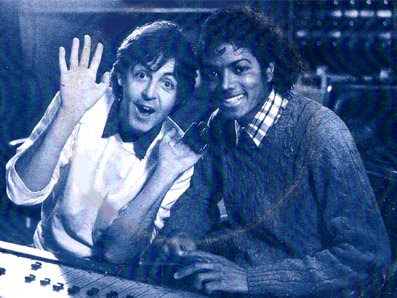 Rebuttal: No, Michael Jackson was not more popular than the Beatles

What's so funny about this to me is that it was just a theory I had. I'm a HUGE Beatles fan. Anyone who knows me or has read my blog for a little bit knows this. I've taken University classes, I've written and given papers at conferences, I have lots of books and posters... hell, I've got a blog (and hopefully a book eventually) inspired by The Beatles.  I wrote my freaking undergraduate THESIS on The Beatles.

The comparison of MJ's popularity to The Beatles or Elvis (or Sinatra) is ridiculous. You can't compare the music industry of the 50s/60s to that of the 80s. Although many of you have brought up some terrific points.

My point was really that in the third world, where folks don't have the financial means to buy records, there is really no way to account for "fandom" and "popularity." So what is popularity if it's not based on numbers? Like I said you don't need to own any MJ to know his music, the same can be said about The Beatles.  Their music permeates every corner of our world.

Here are some of the comments I've gotten on the topic on facebook, check out examiner.com for other (more colorful responses):


Michael *was* more popular. Past tense. That hasn't been true in almost 20 years, though.


I actually really agree with you. Or at least I scoff at the knee-jerk orthodoxy of the opposition. The fact is, the Beatles are much more hallowed among 1) older music critics and 2) white people. The rest of the world, I call it a wash.

Didn't MJ transform the 80s into HIS decade?

The other writer makes a big deal about MJ fading in his later period both in musical output and personal troubles, but post-heyday repertoire from former Beatles was often lackluster as well, and who gives a damn about his scandals? Or, is it all the more telling that we celebrate him so in spite of them?


I think, Jamie, for those born after 1970, Michael was almost unquestionably bigger. for the boomers, The Beatles were bigger. I do believe it's a generational thing.

Great shot of Paul and Michael, though. 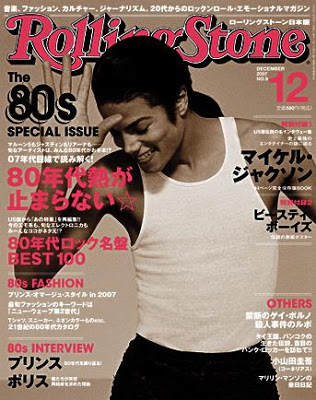 
Even if you don't own any MJ, you will know it.

I still hold true that Michael Jackson is the most well loved entertainer in the world at this moment. We can look at this topic again in ten years and re-evaluate.