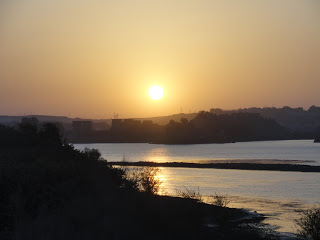 I've promised several lovely people that I would post links to some of the follow-up projects that I've found around the inter-toobs. Even after a week I am still processing my experience there, and hopefully I'll share some of my thoughts with you here eventually.

But for now, here are the BBC Radio 3 specials, including interviews and live performances. They're really interesting, and fabulously British. It was fun meeting these reporters, they were with us for a week in Aswan.

This youtube channel has the entire January 31st Nile Project Cairo concert. Click through the entire concert if you feel like it. Here's a selection of Mohsen's "Amm Ya Gamal" (from another youtube user):

I posted all of my best photos on my facebook page if you missed them the first time round, click HERE.

The Nile Project on Al Jazeera Mubashar. For non-arabic speakers, click to 10:40.

Click HERE to read the article I co-wrote for a Sudan Tribune.

And HERE if you'd like to read German, and a piece by reporter and Nile Project volunteer Andrea Backhaus.
Posted by Jamie: at 2/19/2013 3 comments:

The concert in Aswan was a super success. The Cultural Center was packed and the crowd had TONS of energy. 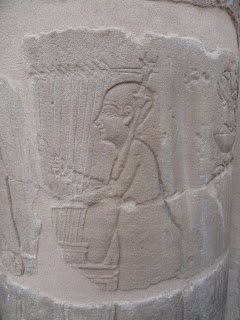 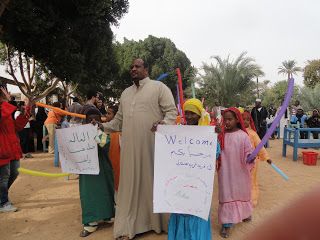 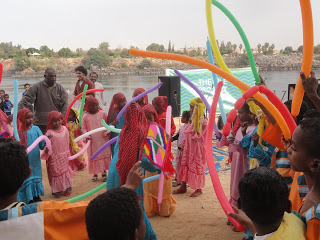 
After sending an email to my Mom yesterday, I realized I never explained what The Nile Project is working toward. So here you go:

I sat in on a session the other night where the tune was very rock and roll. I explained the meaning of the phrase “kicking ass” and “shredding” to Hazem the Oud player, trying to compare him to the likes of Eddie Van Halen. He laughed.

I exchanged mp3s with one of the staff members here at Fekra Center. I'm super excited about these tracks, mostly Egyptian and Nubian pop. He wanted some reggae, so I gave him some Bob Marley, Toots and the Maytals and figured I'd also throw in some Meters, Amadou & Mariam, Souad Massi and Howlin' Wolf.

The Fekra Cultural Center is located between the Aswan Dam and the High Dam. The water has been getting lower and lower since I've gotten here. I heard that over New Year, the levels got so high that folks were worried it would flood. And, literally in the last two hours, the levels are right back up to normal.  It's bizarre.

Between the musicians, staff (of the Nile Project and the Fekra Center), volunteers and journalists, film crew and sound crew there are around 40 people here, maybe more (not everyone is sleeping at Fekra). The energy can be intense, and there have been some difficult moments for me. But we're getting through it and these folks are very very sweet. I've also got Downton Abbey to distract me and some trips into town from time to time :) 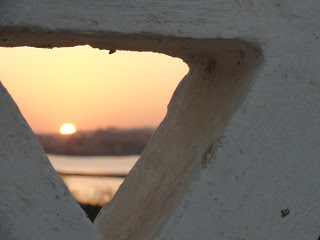