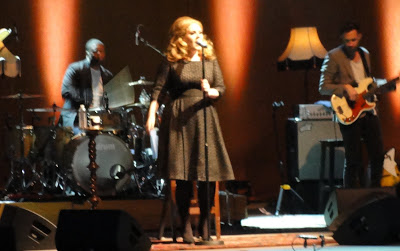 “Heeeyyyy! That’s my new thing!” Said Adele after cracking herself up for the umpteenth time to a sold out Greek Theater Sunday night. “I’ve been spending time hanging out with some Southern ladies!”

When she sings, it's inconceivable that the British soul singer is only 23. She’s got that Otis Redding thing going: a voice too wise and mature for her years, both lyrically and sonically.

But when she banters and giggles with the audience, she is indeed just 23. Adele loves her fans. She asked several times for the lights to come up so she could see everyone. She waved dozens of times at specific people in the audience. She accepted a Weiner dog stuffed animal and presents from folks in the front, including a couple phones with messages on them.

Adele is looking good. Not that I didn’t love her more curvy appearance (go girl!), but she appeared on stage in a fitted black knee length dress, three-quarter length sleeves, her hair in it’s signature poof, but only half up (no side ponytail). I hope that it’s not just the stress of touring, but a healthier lifestyle that’s done it (tell me she’s quit smoking). But, well, she is 23, and I shouldn’t judge. 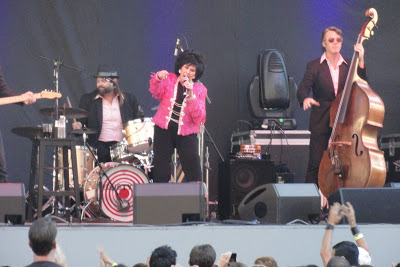 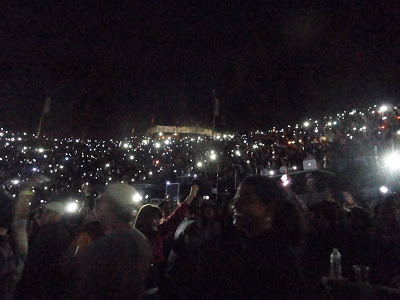 Adele pays tribute to Amy Winehouse, and asks everyone to take out their phones. Gorgeous.

I crush hard on music: Adele and Brass Menažeri


Okay, sometimes I more than crush. We'll have a short love affair and I get that chill up my spine. I feel a certain joy. I have to listen over and over a again. Turn it up in the car or just watch the musicians in awe. I go to bed and wake up with the tune in my head.

Right now I'm totally obsessed with Adele's pop tune from the album 21 called "Set Fire to the Rain". (The 5th track for those of you who don't do song titles.) I mean, the whole album is so good (well most of it) but I just can't get enough of this one.

It's the perfect pop tune. Not annoying but chalk full of gut wrenching emotion. A catchy lick. A string arrangement. A wall of sound. Adele hits those notes perfectly. It's an 80s pop ballad cleverly disguised as one from 2011. But it feels real.

The other night I went to the Make Out Room to see the premiere of Chasing the Moon's Brass Menažeri podcast. Co-creator and producer Scott McDowell introduced the podcast by explaining that he has a crush on this band. He totally hit the nail on the head.

I am so enamored by Eastern European Balkan brass bands. It's so sexy. These folks have to be so right on to pull off this kind of music, and Brass Menažeri always nails it. Love this band.