India.Arie & Idan Raichel at the Paramount Theater and finding politics where there is none 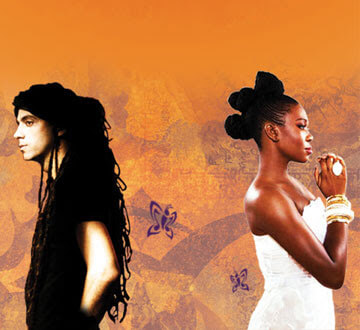 
Last Saturday night I went to a beautiful concert in Oakland's Paramount Theater presented by SFJAZZ with neo-soul singer India.Arie and Israeli world-fusion pop artist Idan Raichel. I am a fan of both artists independently and was curious about this collaboration that resulted in the soon-to-be-released album Open Door .

Turns out, Arie and Raichel are a perfect pairing; both artists have a steady stream of humanitarian sentiment throughout their music as well as self-acceptance. Arie sang in both Hebrew and English, and Raichel brought a very cool world fusion vibe to Arie’s bohemian soul vibe. While at times I felt the music was overly cheesy, I was also moved by the sentiment.

So, we all have pet peeves. They’re built into our DNA and there’s often not much we can do about them. They just sort of follow you around, pissing you off.

One of my pet peeves is talking during a live show. It’s one of those that things that if I try to ignore a loud conversation, it just gets more annoying, especially if the comments are frustrating.

Saturday night, there were two women sitting behind me who did not do their research about this performance. In its program, SFJAZZ titled this show “India.Arie and Idan Raichel”; this was a collaboration project. These women were obviously not aware of Idan Raichel or that simply, he would be there. And, it seemed that they took offense to the mere fact that he was Israeli.

Now don’t get me wrong, yes, I definitely have my own politics when it comes to Israel. I am Jewish, and I am also pro-peace and a raging humanitarian (if there is such a thing). I have traveled to Israel and the West Bank. I have been moved, disturbed, frightened, inspired, depressed and excited by what I experienced and what I continue to learn about the country. I also have wonderful Israeli family that I love very dearly.

I am very much torn about the whole issue of Israel. And I believe that if a person takes a hard stance either pro- or against, you have not learned or experienced enough of the larger issue. It’s very easy, especially from half way around the world, to listen to media and believe that one group of people are in the wrong, but the issue is so much more complicated than that.

From stage Raichel and Arie told the story of how they met, simply that Arie had traveled to Israel for personal exploration and she had discovered Raichel’s music there. The woman behind me took offense to the fact that she had even been there, saying loudly “It’s an apartheid state!” Raichel added to the story that they first met at a falafel shop to which the women responded “that’s Palestinian!”

What? Really? I don’t think so. I can’t believe she took it there.

I also heard her say, “I just didn’t expect this!” to her friend and something like “this is just so glorifying…” But there was no mention of politics, no mention of Palestine. Just some songs with Hebrew lyrics and talk of falafel.

Unfortunately Israel is the modern day South Africa and to many, any mention of the country brings up politics. I’m also assuming that if it were up to this woman, there would be a cultural embargo on Israel, much like the one placed on South Africa during its Apartheid, making a collaboration like Arie and Raichel’s fraught with controversy (much like Paul Simon’s Grammy winning Graceland ).

I moved to seats across the aisle so that I didn’t have to listen to any more comments. I was very close to saying something to them. I understand that these women were unhappy, but they did not do their research and they didn’t have to spoil my enjoyment.

This is all so ironic considering that one of the central tunes (and wonderfully cheese-tastic) on Open Door is called “The Gift of Acceptance” with the lyrics:

We can debate to the end of time who's wrong and who is right,

Or I can honor your choices and you can honor mine.

They call you Israeli and they call me an American,

I look at you and I don't see a country, I just see my friend,

I pray we're in each other's lives for a long, long time

because I honor your choices and you honor mine.

We all want the same things from life,

We want peace, love and prosperity.

But can we give up our need to be right?

Give the world a present, give the gift of your acceptance. 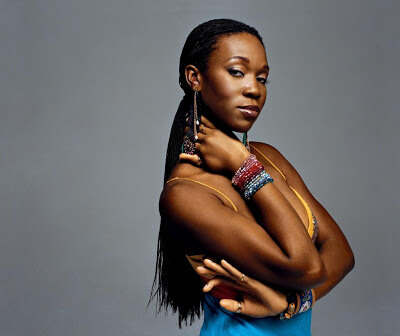 India.Arie performs this weekend at the Paramount Theater in Oakland

The SFJAZZ 2011 Fall Season is well underway, and there are still plenty of exciting shows to look forward to. While presenting the best living jazz on the planet, SFJAZZ has become well known for new and innovative artists as well as top-notch international artists.

Click here to see the shows I am most excited about