Band to check out: At Dusk 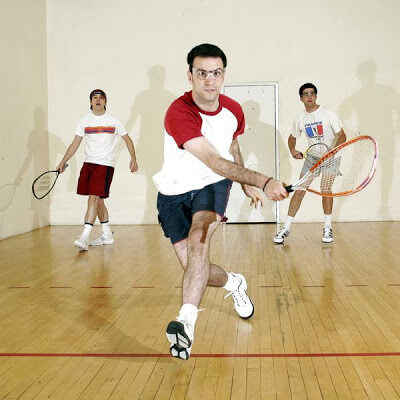 My favorite band photo of all time: At Dusk - Will, Greg and Cary

This post is coming to you about a year late, I should have blogged about the band At Dusk as soon as I started this blog. I'm sure one of the reasons you read this blog is so you can find out of about new and maybe obscure bands. I've been off writing about Green Day and musicals and other stuff. But here's a very cool band that sadly is no longer together, but one of the great things about music is that if it's new to you, it's still new.

At Dusk is Will Hattman, Greg Borenstein and Cary Clarke, three of my good friends from high school. I've actually known Will since first great. I remember him blowing his nose *really* loudly when he was 6 or 7. Sorry Will, I had to mention it.

I sang with Will and Cary in high school choir and am very happy to report they have spent the last 10 years since graduation playing music together, even through attending different colleges. The last several years they lived in Portland making music, lots of it. Four albums worth actually. I have all of them. At Dusk took themselves on tour in 2004 and stayed with me in Washington, D.C., where they got mugged on my street. Sorry about that guys, at least it made for a good story.

Will is still living in Portland, Greg has gone to grad school in NY and Cary moved up to Seattle. They've left behind a really cool album called Small Light. It's more acoustic than their previous sound, and while I've really liked the previous ones, I haven't played them over and over again like I have this one. Small Light really has an over-arching acoustic mostly percussionless groove to it of interlocking guitar rhythms that get under your skin.

Check out At Dusk's myspace page and listen to the song "Okays." I really can't get enough of this song. I love the vocal melody - I'm a super fan of Will's voice, but I'm biased. I love the Kennedy reference too. "Loose Tooth" is really cool too; a dance-y number that I bet these Sonic Youth loving intellectuals never thought they would write.

I remember Cary's girlfriend once called their music "avant-garde art rock." I guess that's a good way to explain it. CD Baby calls it American Underground Rock. Prog rock would work too. It's definitely smart people music. There's complicated rhythms, bizarre harmonies and interlocking melodies going on here. I know that At Dusk takes a good amount of inspiration from gypsy/roma music as well as bands like Sonic Youth. You're smart reader, you should take a listen.

Unfortunately they don't have anything up on the myspace page from any of the previous albums, so if you're so inclined, go to At Dusk's cdbaby site and listen to some clips there. My favorites have been the awesomely schizophrenic "You Make me Worry" off of Heights and "Forver Ago" off You Can Know Danger.

Again, to listen here is At Dusk's myspace page (the have a flier up as the profile pic of their freshman yearbook photos) the At Dusk website and the CDbaby page. I think you can also download on itunes.

I know they would appreciate it if I filled you in quickly on what they're working on now. This is Will's new hard rock band Jana Osta. Greg is geeking out at Tisch in New York City studying communications technologies with the ITP program, here's his blog. Both Greg and Cary were working very hard to get PDX Pop Now! up and running in Portland. It's a non-profit that celebrates the music of Portland in an all-ages setting.

Give the guys some love even though they're not playing together anymore. I'm sure they'll have a reunion arena tour one day when they're old and wrinkled. It'll be cute. 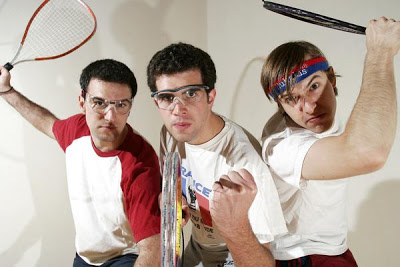 Okay I kind of love this picture too. Three man racquetball, gotta love it.