Photo essay and retrospective of Queensryche's show at the Fillmore 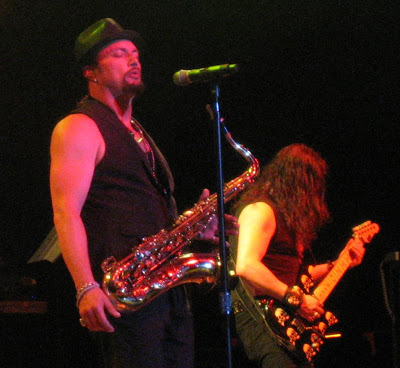 I know, I know, this report is months overdue, but I figure better late than never. And since these pictures are pretty good for what I can do with my little Canon Power Shot, I wanted to share them with you.

I am not embarassed to say that I am a Queensrÿche fan. Even though I mostly listened to classic rock and 60s folk rock in high school, something about Queensrÿche's album Empire grabbed me in the early 90s. My older brother gave me his tape and CD because he was soooo over it. But I listened over and over and over. Was it Geoff Tate's insane soaring vocals? Was it the intricate arrangements and guitar lines? What about their unabashed political statements? As a girl whose music tastes were somehow stuck in the 60s, this strange world of Seattle progressive metal was bizarrely appealing to me.

In 2004 Queensrÿche toured through Austin, Texas (where I lived at the time) performing their rock opera Operation: Mindrime. I jumped at a ticket. Yes it was expensive and I went alone since I couldn't persuade anyone else to go with me.

Yes, I'm crazy. The fans were fascinating, especially these Texan fans. I've never seen so much faux-leather spandex in my life. Metal fans are awesome and the music was not disappointing. The guitars sounded great and Geoff Tate sounded better than ever. This is what singing is all about.

Queensrÿche came through Austin again in 2007 peforming both Operation: Mindrime I and II with theater sets, costumes and props. By then I had met a friend curious enough to come with me and we had a great time.

I saw that Queensrÿche was playing the Fillmore at the beginning of June and I jumped at this show too. They have a fascinating new album out called American Soldier based on recorded interviews conducted by lead singer Geoff Tate with men and woman who have served our country. It was inspired by Tate's father who served in Korea and in Vietnam. Tate told the Fillmore audience that his father never liked talking about his wartime experiences but got him to talk in an interview. This album is not an anti-war album, it's a pro-soldier album.

Tate stated that Queensrÿche has many fans in the armed forces and appreciates what they've done for the United States and "allow us to live the way we live." Earlier this spring they scheduled Military Base Signings open to service men and women only.

These are snippets of Tates's stage banter and photos from the Queensrÿche San Francisco show at the Fillmore on June 4th, 2009. 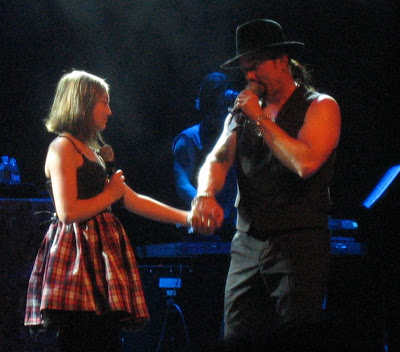 A highlight of the show was this moment when Tate's stunning 11-year-old daughter Emily joined her father on stage for "Home Again" a song about a series of letters between a father at war and the daughter missing him. 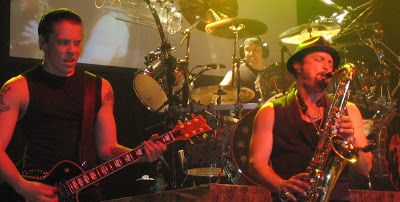 "Vietnam veterans came home to a very divided country. They were called 'baby killers' and people spat in their faces. We've come a long way since then." 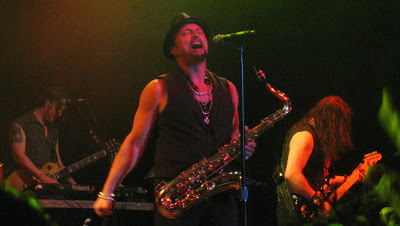 "The album Empire is about the war on drugs. [Since the song was written 20 years ago] the money spent on this war as quadrupled. It's obvious that we don't need more money, we need new ideas." 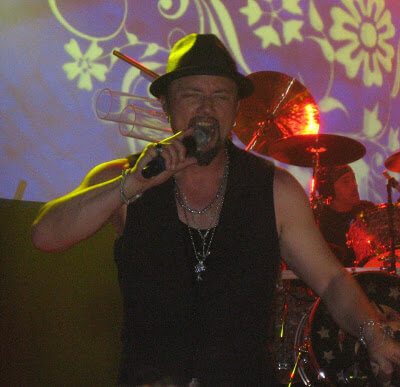 Tate reminised about listening to Queensrÿche on vinyl records and appealed to Bay Area mentality. The audience cheered.

"Are cheering because you like vinyl?" he asked "You mean you like the idea of people being made to sit and actually listen to music? Wow. I'm giddy. The record industy must have it wrong (with mp3s)." 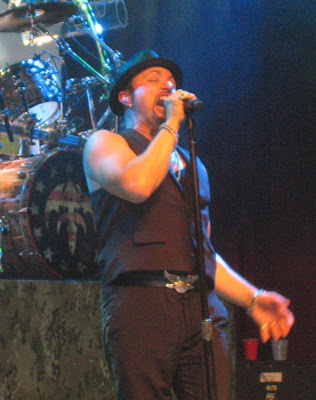 After the show I had the honor of meeting the band. They signed my ticket stub! Check out the the wall of Fillmore posters in the back. 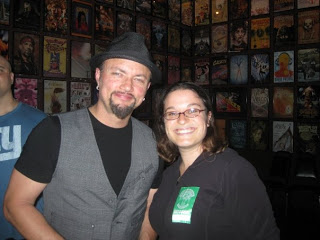 Geoff Tate and me 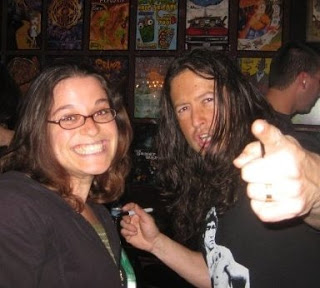