Opera in the Ball Park 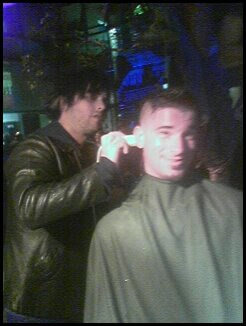 Last night I went to see the opera Tosca shown live by telecast at the AT&T ballpark in San Francisco. The production was actually taking place live in the San Francisco Opera House. Several times a year, the ballpark opens its doors to thousands of people FREE OF CHARGE to watch a live opera. I heard this year 27,000 people showed up, the most people attending this event since it's inception a couple years ago.


What a unique and bizarre way to watch a show: blankets, beers, wine, sandwiches, popcorn, scarves, whatever. It was even weirder noticing that right above the huge digital screen was a Budweiser ad.

The audience booed at the villain, cheered with the heroine and tried not to yell at people who were talking to loud.

The next live telecast will be on September 19th at 8pm. The opera will be Il Trovatore by Verdi. I HIGHLY recommend that you check it out if you can. Even if you're not sure if you like opera. Maybe combined with the ball experience, you will ease your way into it.