Hair and Rock of Ages: broadway musicals bound by youth, integrity, and hair 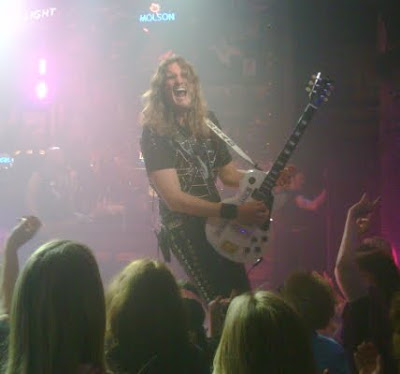 Rock of Ages guitarist Joel Hoekstra is on fire

Hey ya'll, I'm back from my trip to New York City where the weather was hot, humid and nasty. I spent a lot of time in air-conditioned museums and theaters and the Daily Show (I got to ask Jon Stewart a question)!!

We had amazing seats at the musical Rock of Ages starring Lauren Molina (also a University of Michigan Music School alum, read more about her here). She got us backstage! Check out the backstage mockumentaries she's been producing and directing. They are hysterical. Here's the first one:

The length and style of one's hair is a symbol of fashion. But in recent decades it has also been a symbol of ones politics and lifestyle.

In the 60s, having long hair (usually for men) meant that you were one of those hippie freaks that protested the war in Vietnam and smoked the marijuana. But in the 80s, the “sexier Regan era,” it meant that you wore leather, drank a lot and listened to loud guitar music. And according to the musicals Hair and Rock of Ages (ROA) you also had a lot of sex. Or at least you wanted other people to think you had a lot of sex. When I saw both shows last week during my visit to the Big Apple, there was a lot of hip motion on stage. A LOT.

Click here to read the rest of my article on examiner.com 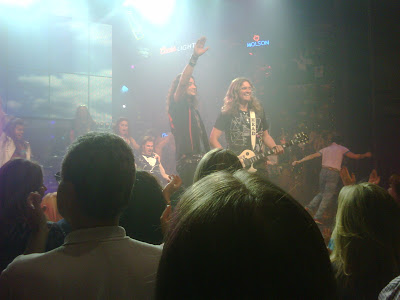 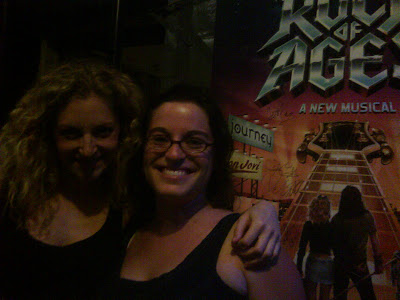 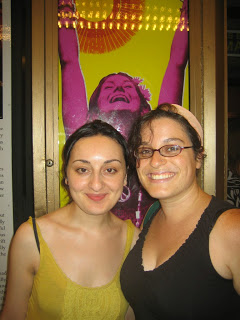 Tamar and I outside of Hair

Thank you!
heart, b