The Family Crest plays "Note & Words," a fundraiser for The Oakland Children's Hospital with a 100 person secret choir 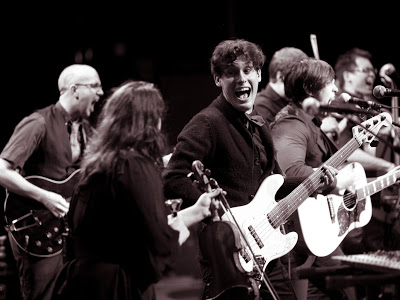 
Last Friday night I had the pleasure to help organize and be part of a 100 person SECRET CHOIR for the Family Crest at Notes & Words, a fundraiser for the Children’s Hospital and Research Center Oakland in the beautiful Fox Theater in downtown Oakland. It was a little bit of a bummer because they put us way up in the top of the balcony where no one else really knew we were there, but it was really fun event, and it was awesome to get some my friends out to sing with and experience my new favorite band.

Other performers were musicians HYIM and Megan Slankard ("Notes"). Authors Michael Lewis, Kelly Corrigan and Beth Lisick ("Words") told hysterical stories about being children and their own children. Michael Lewis' story (author of The Blind Side) definitely including peeing in the pool...


This is also the first time The Family Crest has gotten to play in a large space like the Fox Theater, and they totally filled it up, sonically and visually. Even from the third row from the back, I could tell how much fun they were having up there. And even though I'm not a huge fan of the sound at the Fox, they sounded pretty darn good to me.

We sang on a couple songs, but most notably, a new song called “As We Move Forward." Check out some of these dynamic photos by Matthew Washburn and video. You can actually hear our singing at the end a little bit. There were about 90 of us up there in the balcony and I think there were more folks scattered around singing as well.

In the video below the other entertainers of the evening join the Family Crest on stage.

Thanks to everyone that came out! Hope you had fun. 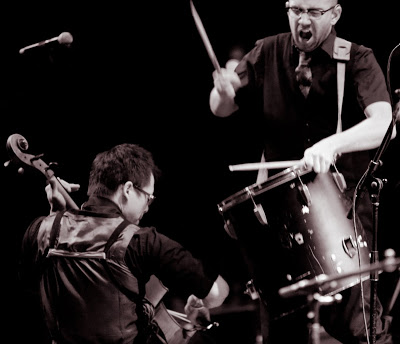 Lucas and Matt. Lucas is wearing his cello harness, so cool. 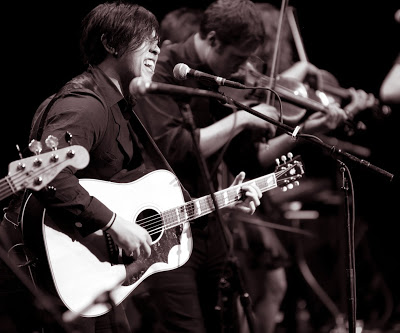 what an awesome event this was!