In the past week, two singer/songwriters, Lia Rose and Pamela Shaffer, have reached out to their fans asking for help paying for the making of their studio albums. Kickstarter is an awesome site where artists can appeal to their fans (and find new ones) and fans can directly support artists they like. There is no middle man.

The awesome thing about the concept behind Kickstarter, is that if you donate money to Pamela or Lia's projects you are really just pre-paying for the album you would have 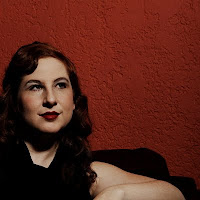 bought anyway. So it's really more of an investment in the music that you like. And it's just another way to donate to the arts.

"I love donating to the arts whether it's by purchasing a friend's album, being a member of LACMA or dropping cash in a tip jar for a musician on 3rd street."

If you take a look at the Kickstarter site, it has allowed Pamela and Lia to award various amount donations with different prizes: house shows, signed CDs, pre-release downloading and handmade cover art.
I'm going to donate some cash right after I finish this post. Every dollar helps them get that much closer to a finished product, and studio recordings ain't cheap to make. (Update: you can sign in through facebook and then pay through Amazon, so you don't have to open another account or give your credit card out to yet another site. Easy-peezy)

Check out the widgets below and their music. Please think about supporting these ladies on Kickstarter to make their studio recordings.
Los Angeles musician Pamela Shaffer needs help finishing her album

Email ThisBlogThis!Share to TwitterShare to FacebookShare to Pinterest
Labels: fundraiser, Jamie's friends, wonders of the internet