Star of Wicked and Rent, Eden Espinosa shows San Francisco how it's done 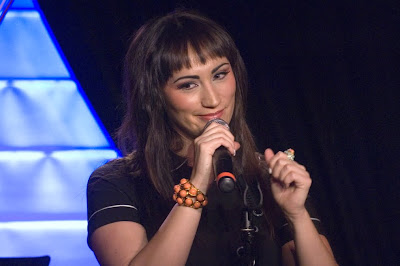 Eden Espinosa At the Rrazz Room - photos by Pat Johnson

If you are ever in the market for singers who can really sing, look to musical theater. I’m probably not telling you anything you don’t know. If you are a fan of Glee or Adam Lambert, you probably know that all of these people have honed their skills and talents in the world of musical theater.
Luckily for San Francisco, we have the Rrazz Room at Hotel Nikko that showcases singers; REAL singers, not the type of cookie cutter vocalists that we have become accustomed to on American Idol. Last Monday, December 7th, the Rrazz Room was graced by the presence of California native, Eden Espinosa, who has set herself apart from the pack singing the roles of Maureen in RENT and Elphaba in Wicked on Broadway, Los Angeles and San Francisco. She also starred in the Broadway production of BKLYN (see this gorgeous performance of "One Upon A Time").

On Tuesday Espinosa performed a set list inspired by friends and family, featuring everything from Garbage’s sizzling “I Would Die for You” to Joni Mitchell’s “Both Sides Now.” Unfortunately there was no printed set list and Espinosa didn’t identify many of the songs, so I can’t tell you what else she sang other than a tune from the film An American Tail.
CLICK HERE TO READ MORE AND WATCH ESPINOSA SING "TAKE ME FOR WHAT I AM" FROM RENT 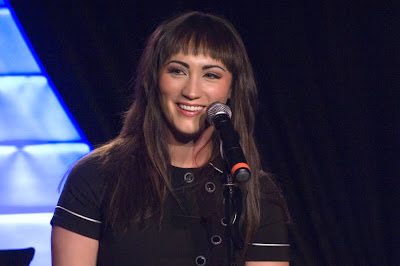 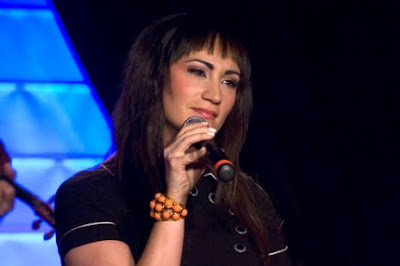 hi there: you can see several of her songs from both her Rrazz Room and Cinegrill (LA) performances of this show on youtube. By the way, the song "Flying Dream Lullaby" is from The Secret of NIMH, not American Tail.

Yes! Thank you! You are so right about that. I knew that I knew that song from somewhere (I've seen NIMH a bunch of times) but couldn't quite place it. I think someone else might have mentioned American Tale.

Thanks for commenting and I'll check out the videos on YouTube.