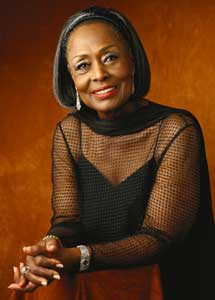 Shirley Verrett was my voice teacher at the University of Michigan from 1999 to 2001. Even though I don't think she quite understood why I didn't want to be a professional opera singer, she kept me in her studio anyway. I realized early on that if she didn't think I was worth her time, I wouldn't have been there. I was honored to learn from her.
Verrett was a black woman in the world of opera when there were few. She was a black woman in the era of civil rights. She was a woman in an industry that didn't (and still doesn't?) really believe that a woman could have a successful personal and professional life.

Professor Verrett's office was covered in photographs reaching as far back into the 1950s showing herself onstage and posing with presidents, other famous opera singers and celebrities. She was fearless. And I learned as much from her vocally as I did from her about life.
She taught me that you can be as successful in your personal life as you can be in your career. You CAN BE a famous opera singer and be a wife and a mother at the same time. And if others tell you differently, it doesn't matter.

She also taught me that you should not allow yourself to be pegged in a corner if you do not want to be. Being labeled as a mezzo-soprano, a dramatic soprano and more, Verrett kept critics on their toes by tackling operatic roles that were unexpected for her vocal type. She appeared in music theater productions (she was in a production of Carousel with Taye Diggs and seemed 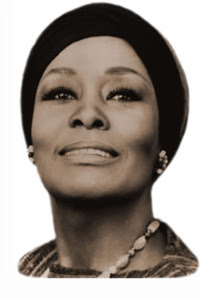 more excited about that than anything else she ever did!) and encouraged her students to sing music theater.

Professor Verrett also valued beautiful and natural things. Her vocal technique was based on supporting the natural positions of the body. I know this is pretty common, but at the time I had been learning from a voice teacher in high school who got me to make funny faces when I sang. It's been an uphill battle to unlearn those habits ever since.

Verrett also loved clothes. She LOVED clothes. Her father was in the fashion industry and she had the opportunity to travel all over the world. So she managed to pick up some interesting garments along the way. It was fun to see what she wore to campus each week.

Here she sings Tosca at the Met in 1978 with Pavarotti and MacNeil.

Jamie, I am so sad upon learning this sad news. Shirley Verrett was such a wonderful teacher, and you were so incredibly fortunate to have her as a teacher. I got to know her and her husband rather well, as they were 'regulars' at Ayse's Ca...fe (which we shared in common as our favorite little restaurant). Countless times we would chat, and she would tell me about her very full day of observing her students in opera rehearsals and the like, having practically worn herself out in the process. She was so devoted to her students and lavished so much loving care upon them in ways that seem almost incredible, when one thinks about it. Thank you for such a moving tribute to her, so beautifully stated. You have my sympathies and will remain in my thoughts during this time of sadness.
-Charles

Jamie, I had no idea you studied with Shirley Verrett. I have been a fan of hers for years. I only saw her in person once, with Beverly Sills in Siege of Corinth, but I was a fan even before that. I'm so sorry for your loss, but a little envious that you had her as a teacher. Thank you for your tribute to her.