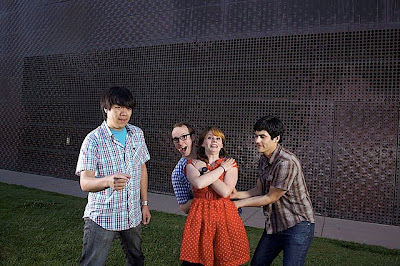 This is actually my favorite MFE official photo, love that it's taken in front of the DeYoung Museum
My First Earthquake has quickly become my favorite Bay Area band. They are silly, irreverent and fabulous live. They have a song about cooking a chubby boyfriend into a meat pie for godsake! And the music is something out of a hip '80s video game.